Our colleague Vanessa Williams-Grey is in Sri Lanka for Whale and Dolphin Conservation helping the people of Sri Lanka establish responsible whale watching. All photos courtesy Andrew Sutton. She writes from the field from what sounds like a stunning part of the world. Engaging with the whale watch community at Mirissa, Sri Lanka Believe me, I’m as surprised as anyone to find myself writing about blue whales from what can only be described as possibly the best ‘outdoor office’ in the world. I’ve rigged up my laptop so that I can sit, swinging precariously – and thus typing equally precariously – from a hammock slung between two palm trees, barely metres from the ocean. My ears are full of the sound of waves crashing and the guttural squarks of birds flying from tree to tree. It’s green here, very green, and each evening, the air is heady with the scent of frangipani, whilst at dawn, stilt fishermen take up their positions perched atop impossibly flimsy-looking wooden poles in the ocean outside our villa. Welcome to Mirissa, southern Sri Lanka. We are staying for a week as guests of Sri Lankan Airlines and their tourism partners, Jetwing Hotels and John Keells Group, as we embark on a joint project to engage with the local whale watching community and – hopefully – work together to make whale watching here as good as it possibly can be.  Because, despite appearances, all has not been entirely well in Paradise. 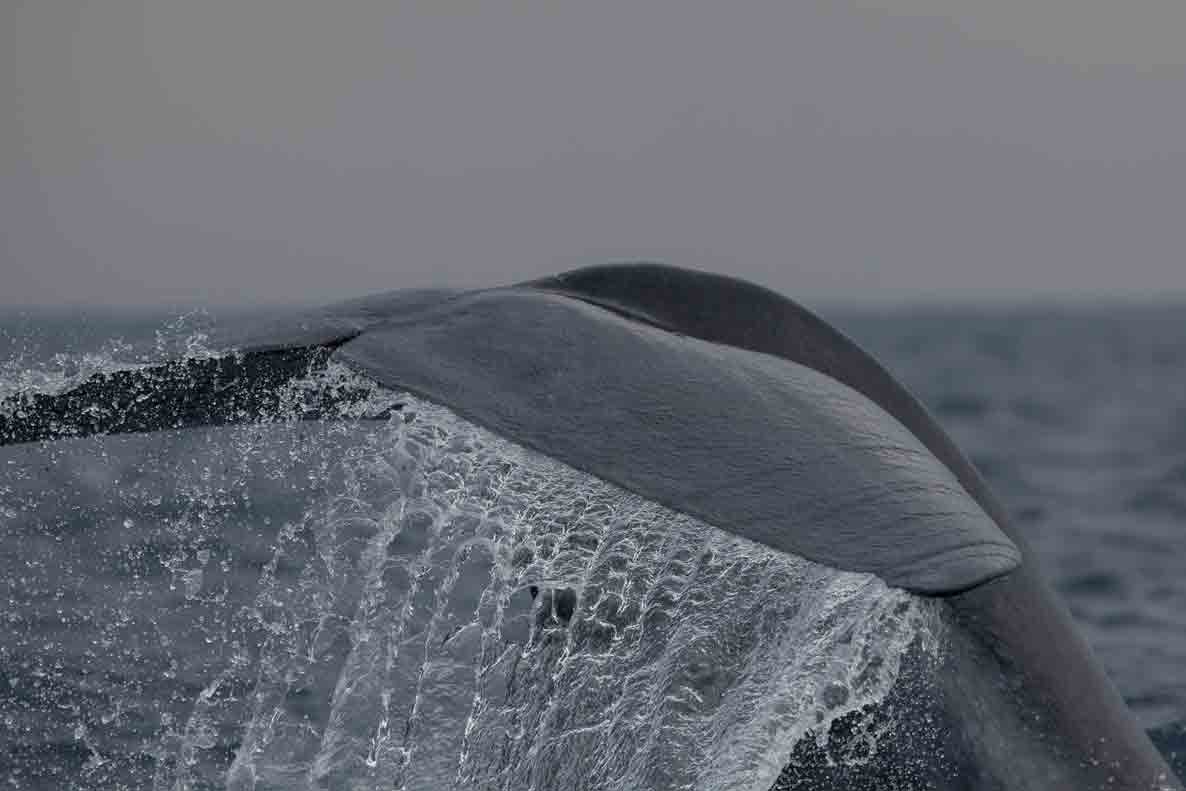 This beautiful island is starting to recover after decades of turmoil and tourists are once more flocking here to enjoy beaches and temples, tea plantations and wildlife. But like everywhere, it can be a case of too much, too soon and this has arguably been the case for much of the wildlife tourism that has mushroomed here over the past handful of years.

Whale watching started at Mirissa only 4 years ago but demand is such that nowadays, 20-25 boats ply these waters. Whilst some operators are extremely responsible and use custom-made whale watching vessels, others have diversified from fishing and have adapted their boats to varying standards. Behaviour on the water in recent years has varied widely as well and the better operators have suffered due to the behaviour of others who have approached too fast, crowded the whales or lingered too long. 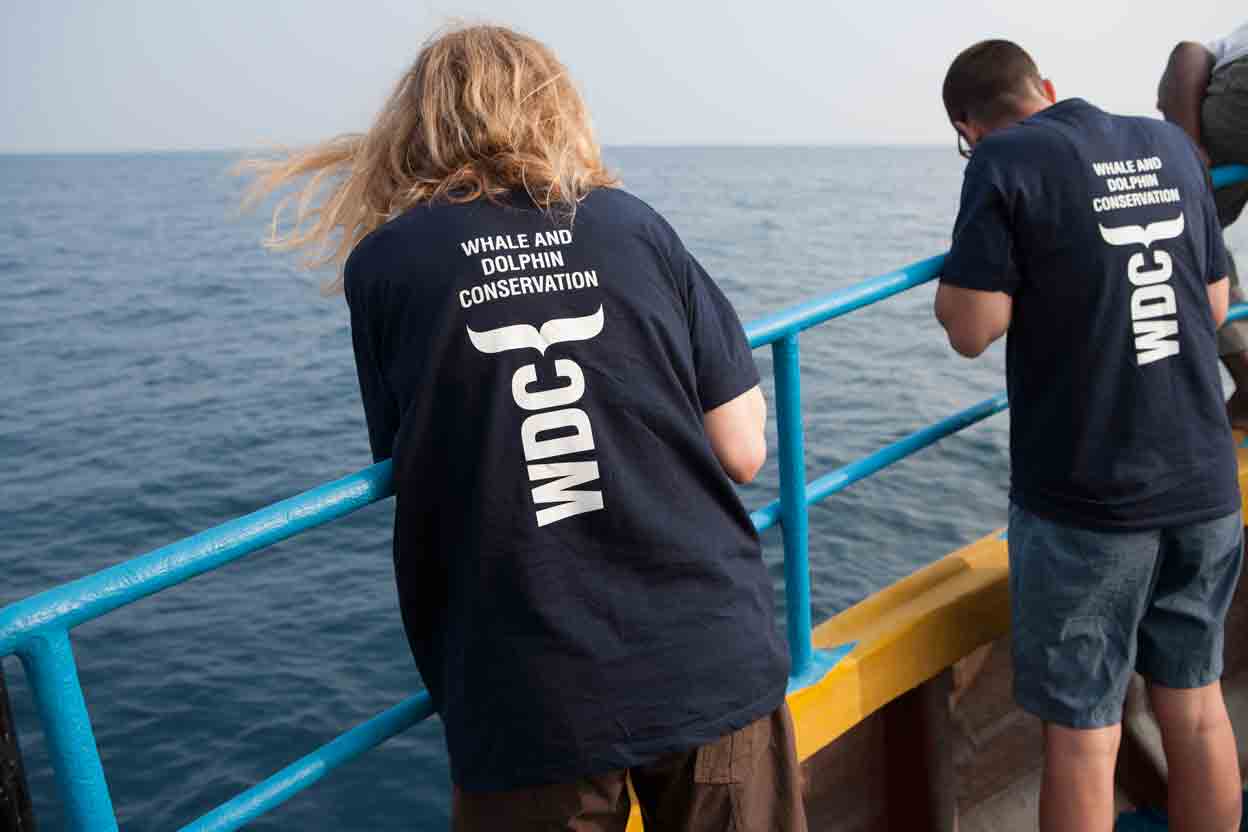 This has meant good exposure for Mirissa’s whales and dolphins, but mixed press – and sometimes downright bad reviews – for its whale watching industry. And that is a pity, because this region has the potential to offer some of the best whale watching anywhere in the world. For a start, it can count both blue and sperm whales amongst its local residents.

Sri Lanka, as a whole, can currently boast a tally of 27 cetacean species and many of these are found off Mirissa with almost indecent ease. I’ve worked for WDC for over two decades and have been lucky enough to experience whale watching in many parts of the world, but I’ve never seen a blue whale and was desperately keen to do so.  I was buoyed up by reports that the sightings rate for blues off Mirissa in season (December-April) is around 90% – but in some ways, this only added to the pressure…. 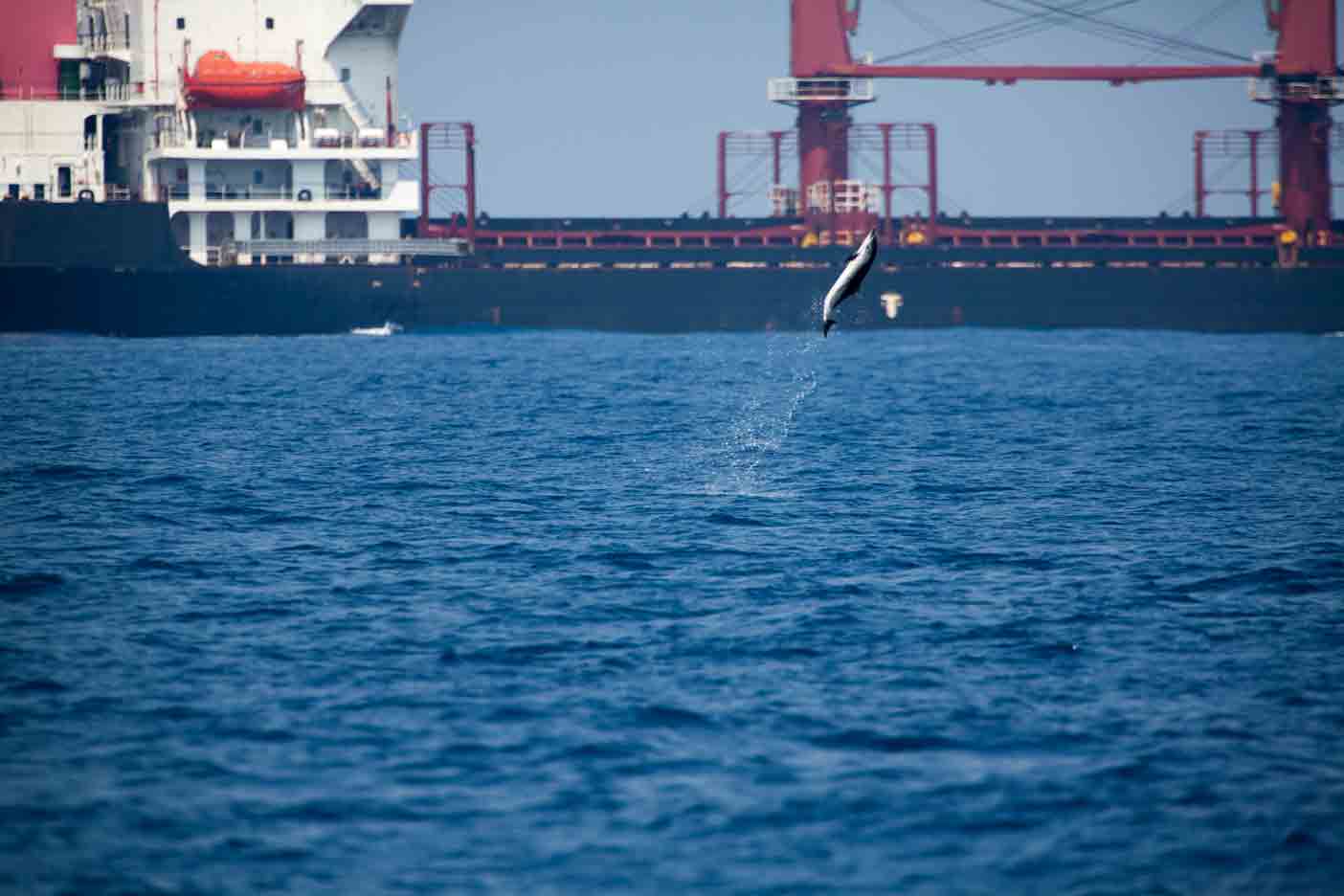 Our first day on the water. Within an hour of leaving the harbour at Mirissa with its brightly-coloured tangle of yellow and red fishing vessels and whale watch boats and obligatory band of stray dogs, we encountered a large pod of maybe 150+ spinner dolphins, and seemingly minutes later, we were enjoying our first sighting of blue whales.

Many people report that their first encounter with a blue whale involves two things: superlatives and tears and I was no exception.  It is hard to describe the rush of sheer adrenalin and emotion as this massive, massive creature blows and then slowly surfaces, arcing lazily – and seemingly endlessly – through the water, displaying its ridiculously out-of-proportion dorsal (a short stub of a thing, perched three-quarters of the way down its immense back) and maybe fluking up for a deeper dive. We met at least 6 blue whales that day and maybe as many as 8, over half a dozen good encounters. One female was shadowed by a very small calf, giving credence to the belief that the whales may give birth in these waters, making them even more important. At one point, it felt like we were surrounded by blows, as there were two pairs of blue whales as well as a lone individual in the vicinity at the same time, seemingly quite relaxed around our vessel.

Saturday 2nd March: Another blazing hot day. We spent 8 hours at sea, again travelling far inside the shipping lanes as these deep waters also contain nutrient-rich upwellings and so quite naturally attract the whales to feed here. It was quite sobering to be aboard a small boat, maybe 12-15 nautical miles from land, and watch massive container ships transiting these waters at some speed. We felt quite vulnerable and were grateful for the skill of our skipper but it was easy to appreciate that the largest creature on Earth is also vulnerable in the face of these giant vessels. Tragically, both blue whales and sperm whales are struck with shocking regularity. Sightings today included 6 blue whales, a Bryde’s whale, another large pod of spinners (100-200), plus smaller numbers of bottlenose dolphins and Risso’s (this latter species is also known locally as a ‘dragon dolphin’ and was pointed out thus by our skipper). Today’s ‘souvenir’ was an old water bottle filled with bright red blue whale poo, collected for later analysis by our naturalist, Anoma!

Sunday 3rd March: More blue whales – at least 5 and as many as ten, all within the shipping lanes – plus many more dolphins. Some locals have expressed the belief that the whale watch boats need to travel further to find the whales than they did a year or so ago and this is cited by some as evidence that the whales have been displaced offshore and forced to move further into the shipping lanes. Others contend that the whales have always been found there: either way, the presence of endangered whales – and whale watch boats full of passengers – within some of the world’s busiest shipping lanes surely flags up the need for great care to be taken to ensure the safety of all concerned.

Monday 4th March: An early visit from 5 exuberant bottlenose dolphins whetted everyone’s appetite but a sightings lull seemed neverending as eyes strained over a stubbornly whale-less sea. Just as we were starting to feel a little despondent, the noisy exhalation of a blue whale pierced the sea mist and the next hour was spent in the company of half a dozen blue whales, rising and falling lazily about 100 m off our vessel. As if to apologise for the delay in proceedings, around 200 spinners leapt and twirled as a finale as the boat headed back to port, escorted much of the way by flying fish.

Back ashore and time for reflection and further discussions with the local community. These waters are clearly teeming with whales and dolphins – and whale watching here has undoubtedly improved in the past year or so – but there is still much to be done in order to raise standards across the board and reduce the discrepancy between operators. WDC has long encouraged community-based whale watching in different parts of the world and here at Mirissa, whale watching has offered a beacon of hope to a village devastated by the 2004 tsunami. This tiny community has proved its resilience and, time and again, we heard a real willingness to do the right thing. We’ve been invited to run training workshops for operators and naturalist guides, advise on outreach to tourists, and develop educational resources to add value to trips. We will also input to initiatives to reduce ship strikes in the region. I feel very positive about the future of whale watching here. Our message is a simple one: look after your whales and they will look after you.