When I arrived here at the end of January we were driving through the dark on our way from the airport to our hotel in Grundarfjörður. Just before we reached the village there was a distinctly fishy smell in the air as we drove across Kolgrafafjörður, a neighbouring fjord and one of the more predictable places to spot orcas. We were told that just before Christmas a mass mortality of herring had occurred where up to 30,000 tonnes of herring came ashore. To put this in perspective the entire national quota for landing Icelandic summer-spawning herring each year is in the region of 67,000 tonnes. 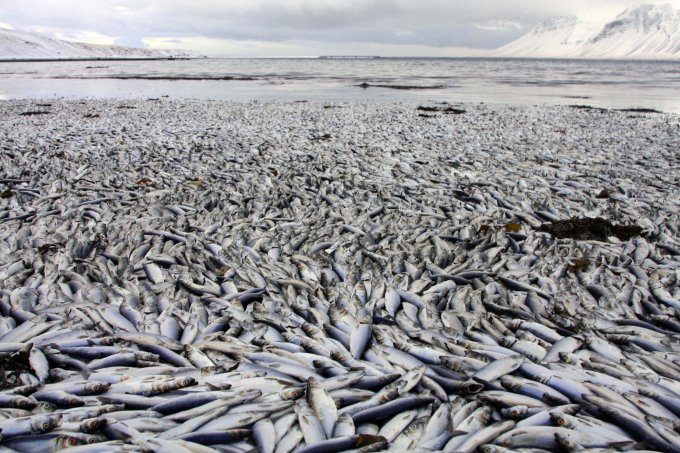 Nobody knows quite what happened but it may have something to do with the bridge that was built dissecting the fjord a few years ago. A long dyke was constructed either side of the fjord and the actual bridge that stands over the water is just a couple of hundred metres long, severely reducing the flow of water into and out of the inner fjord. It appears the waters have become anoxic i.e. depleted of dissolved oxygen, which is a phenomenon that occurs in areas where water exchange has been severely restricted. 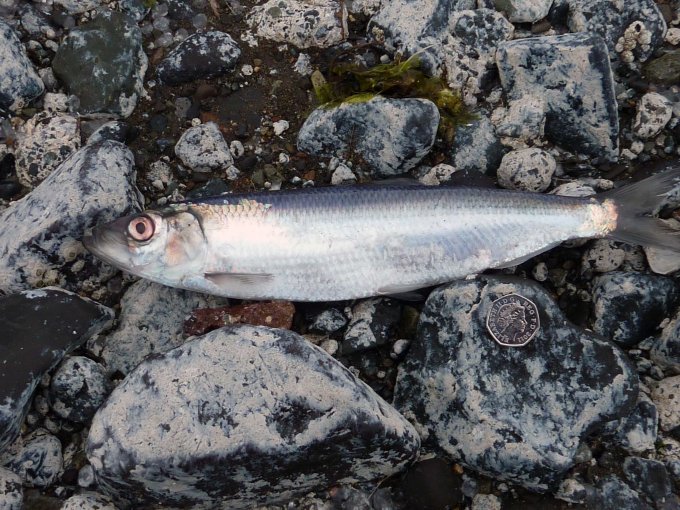 Scientists from the Marine Research Institute in Reykjavik are currently here investigating the die-off and will try to pinpoint the exact cause of why thousands of tonnes of a commercially valuable fish such as herring have died of oxygen starvation. The only winners right now appear to be the birds – the white-tailed eagles, ravens and gulls are experiencing a bonanza! Update: As I write this we are getting a second mass mortality of herring in the same fjord. This time we believe 10,000 tonnes may have come ashore on the 2nd February.