“And God created great whales, and every living creature that moveth, which the waters brought forth abundantly, after their kind, and every winged fowl after his kind: and God saw that it was good. “ – Genesis 1:21

Whales have been entwined with human religion, myth and legend for millennia, inspiring biblical passages and epic tales with their size, power, grace and intelligence. In today’s Moby Dick Big Read chapter, The Honor and Glory of Whaling Ishmael retells the story of Perseus and Andromeda, in which Perseus rescues the princess from a sea-monster. He also retells the story of St. George and the dragon. But Ishmael thinks the dragon must have been a whale, and revises the story to make St. George’s horse a seal. We are talking the opportunity to talk about some of the other cultural whale and dolphins stories that have been handed down over the centuries…here’s some highlights.

The island culture of Greece fostered a deep connection with the sea. Dolphins were believed to embody peaceful virtue and were the symbol of the Greek god Apollo. One myth tells of a dolphin saving the Greek poet Arion, a son of Apollo, after he was kidnapped and thrown overboard by pirates. Stories of dolphins helping sailors lost at sea were common 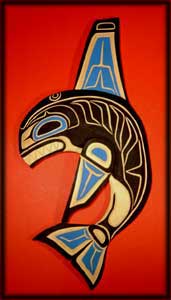 and another Greek poet, Oppian, declared hunting them ‘immoral’.

Whales, and their relatives, also played a key part in the culture of coastal Native Americans. Inuit culture features a deity, in human form, named Big Raven who saves the world when he rescues a stranded whale. The Tlingit people of northern Canada tell the story of a hunter betrayed by his brother-in-law and left to drown. After making his way back to shore by saving the son of a sea lion chief he creates eight orcas to hunt down his brother. However, he later repented and ordered his creations to never again harm a human. 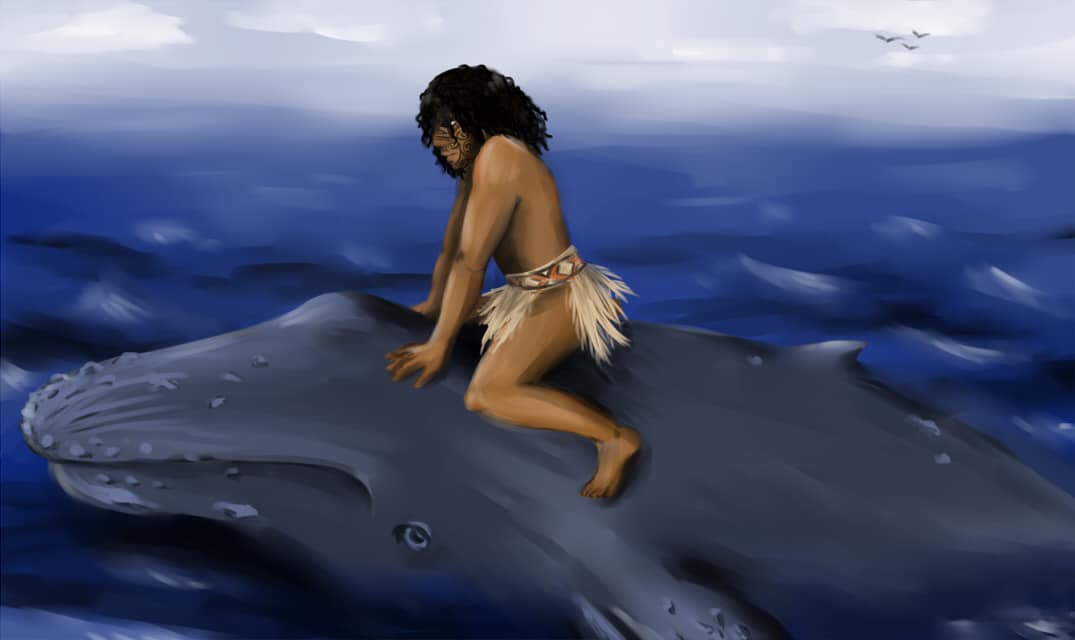 Other indigenous cultures such as the Maori also have a rich cultural connection with whales. In a similar story to the Tlingit, a Maori fisherman nearly drowns when his jealous brother sabotages his canoe but is saved by a water spirit in the form of a whale and transported to New Zealand. Whale riding is a common theme in Maori oral tradition and is featured in many tribal myths of the region.

Iceland, one of the few modern whaling nations, in legend holds whales in esteem. According to Icelandic lore, a man threw a stone at a fin whale. The stone lodged in the whale’s blowhole causing it to explode. The man was condemned and told not to go to sea for 20 years. However, he gave in to temptation in the 19th year and was tracked and killed by a whale. Like the elephant, the whale has a long memory in this story and while it can forgive, the offender must fully atone for their crime, or face the consequences.

An East African king is said to have once prayed for the ability to feed every animal on Earth. God, seeking to teach the enterprising king humility, brought forth a whale who ate all but a single bag of corn and told the king there were 70,000 more like him. The king understood the error in his ways and left the job of feeding the world to a higher authority, thanking the whale for the lesson.

In the Brazilian Amazon young girls were once advised to beware 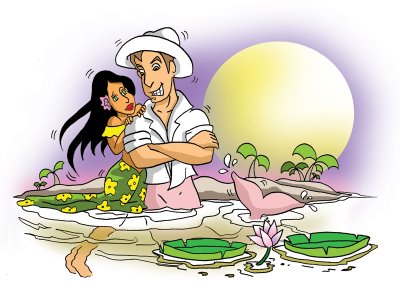 of charming hat-wearing strangers during the summer celebrations of Saint’s birthdays. According to legend, the comic looking boto, or river dolphin, transforms itself into a handsome man to woo women. Thankfully the boto cannot hide its blowhole so its disguise is easily foiled. Some say that, to this day, hat-wearing strangers are asked to prove they are not an amorous freshwater dolphin in disguise.

Given the sheer size and power of a whale one might expect these tales to invoke fear but the common theme of these tales is of the whale or dolphin as a benefactor. It is amazing to look back and observe the similarities of cultures thousands of miles away viewing whales as extraordinarily intelligent and benevolent beings. Separately, these peoples came across a large, powerful animal in the alien expanse of open water and all came to the same conclusion: that the whale is a powerful animal and one to be respected but not precisely feared. 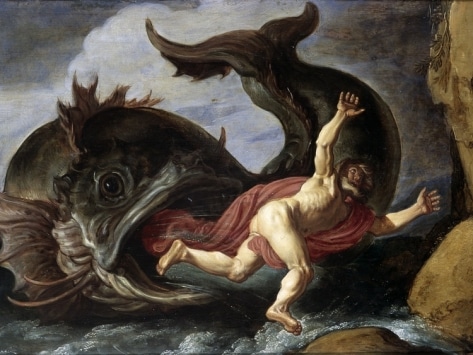 And then, of course, there is the story of Jonah. Assigned to convert the hedonistic city of Nineveh, Jonah did not feel he was up to the task and fled to the port of Joppa (notably where Perseus slew a sea monster widely believed to be a whale). Jonah took to a ship which was soon caught in a viscous storm and fearing this was a divine punishment the crew threw him overboard, at his request. Jonah asked for mercy and was promptly swallowed by a whale which put him ashore three days and nights later a much humbler and obedient man.

There can be no doubt that the whale is a source of inspiration and awe for the human imagination. Since our infancy as a civilization we have understood the quiet power and intelligence of whales and woven them inextricably into our cultural conscience. As our relationship with the ocean has changed we seem to have lost some of the awe with which we first viewed it and its inhabitants, specifically the whale. If we are to protect both ourselves and the world around us we must learn to draw on the awe, reverence and respect we once imbued in the world.