As we focus on our own sporting prowess at the London 2012 Olympics, maybe it is a good time to think about some of the gold-medal holders in the animal kingdom too. 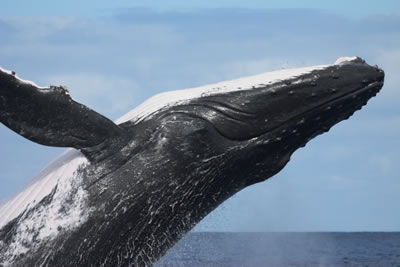 LONGEST SWIM
The longest mammal migrations are made by the whales too – a humpback travelling from its feeding ground in Antarctica to the breeding ground off Colombia may cover 5,176 miles (8,334 km). The gray whales are also contenders for this gold medal and also cover vast distances. 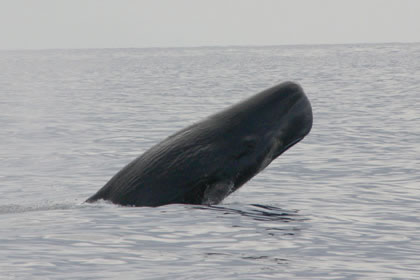 DEEPEST DIVING
The deepest diving mammal is probably the sperm whale. 2000 m has been recorded but indirect evidence indicates that they may go a further 1000 m. The beaked whale family are contenders for this medal too and are known to dive to similar depths.

LONGEST DIVER
The record for the longest dive may belong to the sperm whale too – two hours and 18 minutes were recorded. Team Beaked Whale is again a contender in this sport. 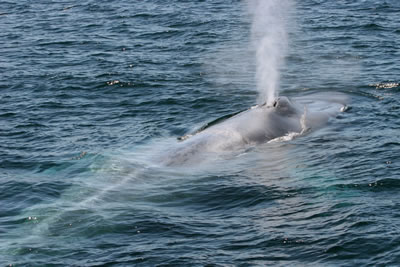 LARGEST
Of course the largest animal on Earth is the blue whale – the heaviest recorded weighed 209 tons (190 tonnes) and the longest measured 110 feet and 2 inches (33.5 m). A similar length to a Boeing 737 jet airliner. (The fin whale comes second!)

LOUDEST VOICE
The loudest sounds made by any animal also come from the blue whale (and the fin whale) – these low frequency pulses can be up to 188 decibels.

MOST TUNEFUL
The longest and most complex song produced by any animal is that of the humpback whale. Each song may last for half any hours and contains many components.

Team Whale are also contenders in the following events: 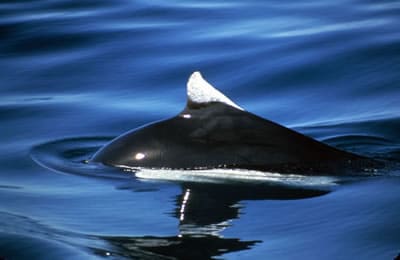 FASTEST SWIMMER
Dall’s porpoises can reach 30 knots which is about 34.5 miles per hour. 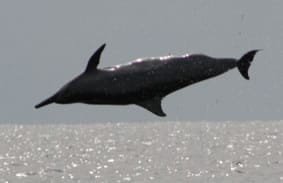 MARINE GYMNASTICS
The spinner dolphins with their amazing high spinning leaps from the water might be the gold medallists here but don’t discount the amazing aerial displays by the humpback whales.

LONGEST LIVED
Perhaps not really a sport but certainly an important attribute and the bowhead whale is now known to live up to about 200 years. This probably makes them the longest-lived vertebrate animal.