It the second year that we have been working in Nantucket with Shearwater Excursions, University of Massachusetts Field Station, and Nantucket Marine Mammal Conservation Program (NMMCP) in a collaboration to document how whales use the waters around the island. In May, I had the opportunity to attend a few days of Nantucket’s Biodiversity Week with a few of our spring interns. It was also during the height of the horseshoe census which meant we had the opportunity that night to lay down a giant grid and count the horseshoes in each grid. However, but because of tides we would be doing our count at 1:00 in the morning, so after a long day of biodiversity we all wimped out. So it’s nice to know that one of our summer interns, Emily Moss, is picking up the slack with her time at the Field Station. And I too think Scott is the best guide one could have on Nantucket. Here’s Emily’s blog: 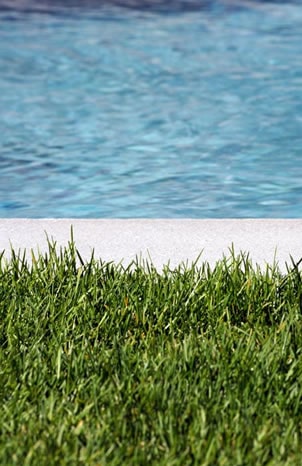 Nantucket is known for being a vacation hot spot for the wealthy and famous, and you don’t have to be on island for very long to see that it lives up to this reputation. The shops and restaurants cater to the upper class. The houses are extravagant- although most of the really large houses are only summer homes: they are lived in for less than two months out of the year. However, it is these part-time residents who treat their lawns heavily with herbicides and pesticides, pave their driveways annually and lobby for sand relocation to keep their beaches immune to the natural cycle of erosion and accretion.

What I didn’t know about Nantucket before arriving is that there is a vibrant and well-supported natural environment. I have been lucky enough to have one of the best tour guides on island, Scott Lenard

from the NMMCP. Scott exposed me to the wonders of the hidden Nantucket. Sand-plain grasslands, a rare habitat worldwide, exist in abundance here. I have learned recycling is mandatory and all trash has to be compostable. The boats that tour the waters off Nantucket see several species of whales, dolphins and sharks in addition to numerous gray and harbor seals. Not only has Scott shown the out of the way wildlife, but also enlightened me on how the Nantucket Conservation Foundation protects almost half of the island.

Coming here as part of a conservation organization and working with the UMASS Field Station on the Island, focused on the study and protection of the environment of Nantucket, is a great experience. The UMASS field station is involved in numerous projects around the island in addition to providing a beautiful 110-acre natural area for visitors to explore.

As visiting interns one of the projects we are involved in is water sampling. This involves testing the temperature, salinity, conductivity, dissolved oxygen and nitrogen and phosphate levels of ground water as well as water in the harbor. These tests allow us to see how well the septic systems are working on the island and other human impacts such as the use of lawn fertilizers and increased development. We also participate in other projects such as beach profiling, helping with school groups that come to visit and learn on the island and participating in horshoe census counts.

Horshoe crabs (Limulus polyphemus) are really interesting creatures: they are estimated to be 300 million years old and continue to occupy a critical niche in the ecology of East Coast tidal waters. Each spring as crabs comes ashore to spawn, their eggs provide food for hundreds of thousands of shorebirds flying north from South America to breeding grounds in the Arctic. 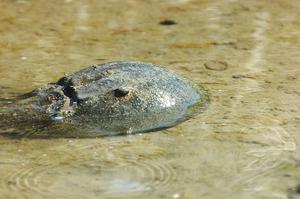 Horshoe crabs also have very interesting blood- it’s blue! Copper, instead of Iron, is present in their blood and they use hemocyanin instead of hemoglobin to transport oxygen. It has been found that this blood can extracted from the crabs, with no apparent harmful effects, to procure a compound that is used by the pharmaceutical industry to test intravenous drugs for dangerous bacteria.

The major threat to this species is degradation of coastal habitat that is so critical in their mating and spawning. Census counts now take place in the spring throughout New England at low tides around the full and new moon. Volunteers (like me!) wade out into the water and walk along transects counting how many crabs are present and making note of whether they are mating.The data from these annual crab counts provide a valuable management tool for long-term monitoring horseshoe crab populations.

Experiences like this help to foster a better understanding of the complex challenges that conservation biologists face on a regular basis as well as an appreciation for the creativity, dedication and knowledge that is necessary to be effective. And next time you are on Nantucket – take the path less traveled and check out the island’s wild side.