For the past two years Plymouth Chamber of Commerce has hosted the Plymouth Maritime Day and we have participated and watched it grow in success. Prior to Maritime Day, summer was still celebrated in Plymouth with a Blessing of the Fleet. (one of my favorite years was when the Plymouth Harbor Masters agreed to sit in the dunking booth as a fundraiser for us). Maritime Day however, combines the Blessing of the Fleet with a number of other Plymouth traditions. So needless to say this past weekend, was busy and filled with fun. 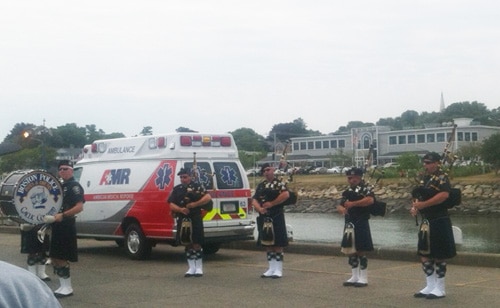 Maritime Day was started off with Boston Police Gaelic Column of Pipes & Drums, who were amazing and included one of our own harbor masters playing the bagpipes (sorry I was too slow in getting a photo). And in booth after booth organizations and vendors were educating the community about their services and missions. 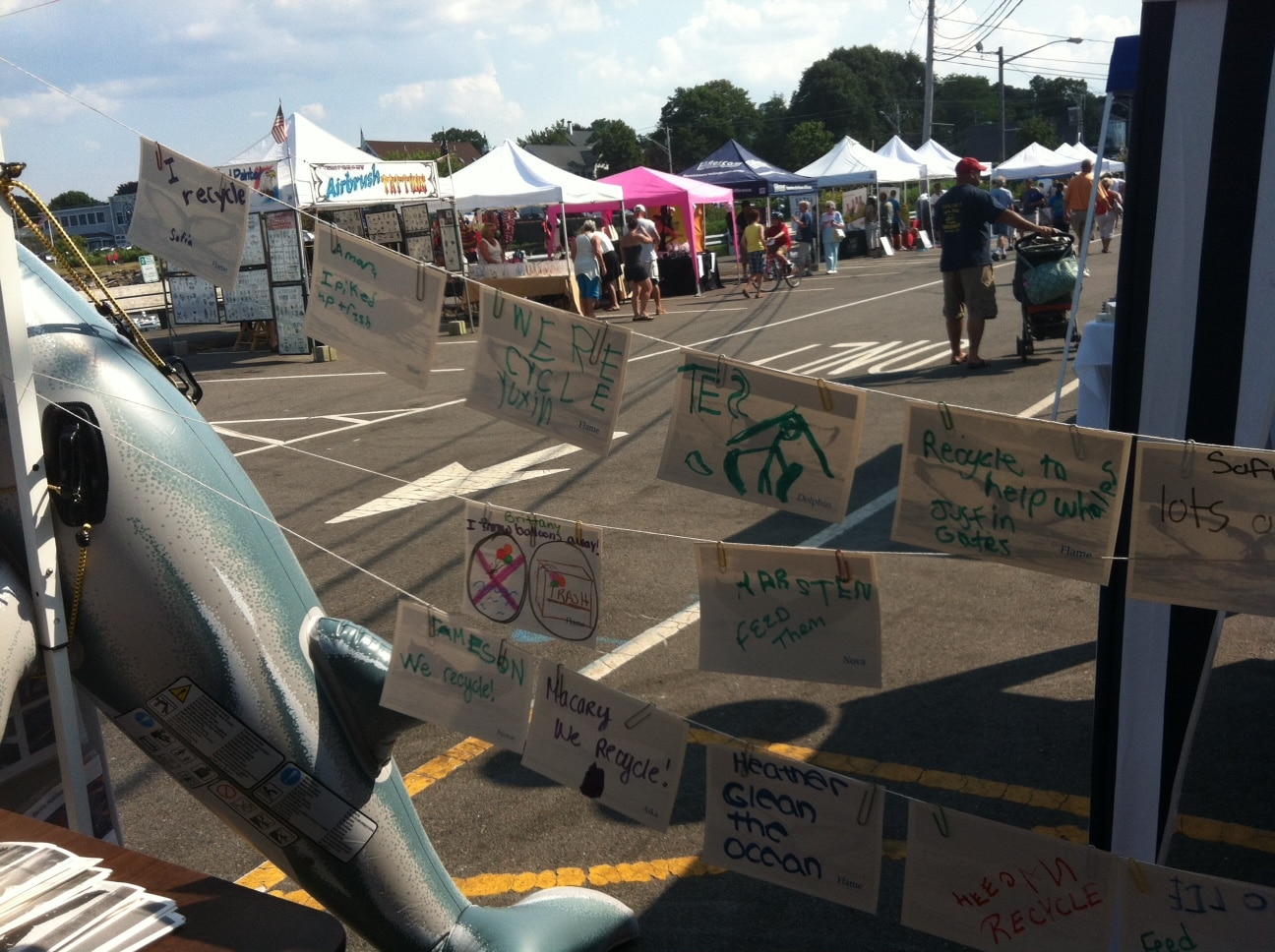 We auctioned off three whale adoptions – two regular and one deluxe, as well as had a number of different educational activities for kids. My favorite was having children write how they are helping the marine environment and whales on the back of a humpback fluke photos 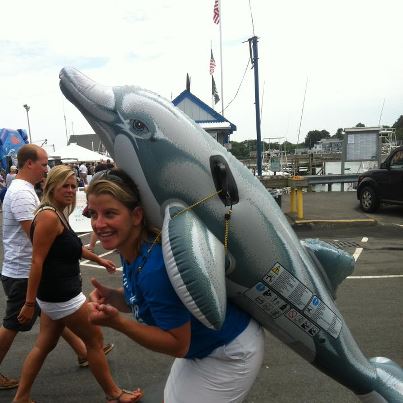 and string them up for everyone to see. I also had probably more fun then i should admit to walking around with an inflatable dolphin strapped to myself – to raise awareness of course.

I even took the dolphin onto the Blessing of the Fleet which is an old tradition from Mediterranean fishing communities where vessels were blessed by a priest to ensure a safe and bountiful season. Today the blessing varies from port to port and has changed a bit over the years – so much so that the minister blessed us, our ship and our inflatable dolphin….all very cool. At 7:00 we broke down our table and displays and hustled over to Easterly which was already decorated for the Parade of Lights, a very fun event when the boats in the harbor compete for best lit decorations. Last year we won the Harbor Master’s Cup so the pressure was on, but this year we were beat by a flame throwing volcano.

However we had a great time representing whales and dolphins and had an amazing, one-of-a-kind lit whale and dolphins rigged up to the boat. And of course to have a winning team everyone has to participate…… 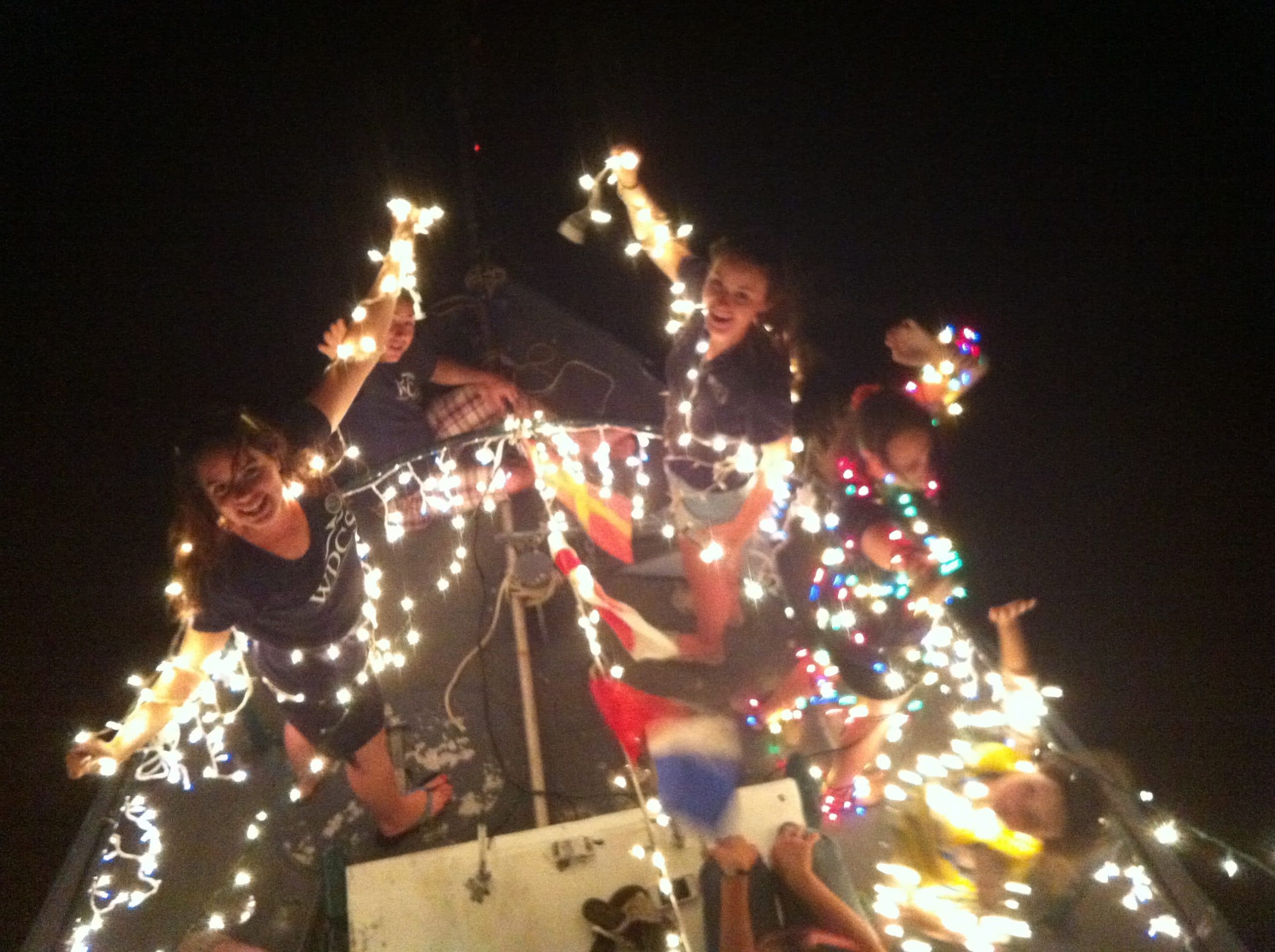 We were also very pleased to have Pine Dubios director of Jones River Landing and Meg Sheehen from Cape Cod Bay Watch with us for the Boat Parade. 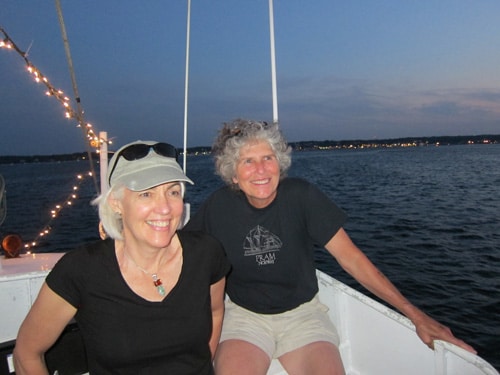 We recently have been working with both organizations and submitted comments asking NOAA to consider impacts to critically endangered NA right whales from the operation of the Pilgrim Nuclear Power Plant. The plant was re-licensed in-spite of our comments, but we are committed to continuing to monitor the effects the plant has on the Cape Cod Bay which has been designated critical habitat for critically endangered right whales and is important for many other endanger cetacean species.