When doing outreach events we often stress there is little difference between what happens on land and what happens to the oceans. No matter where you live, your actions impact not only your local terrestrial environment but your local watershed and eventually the ocean and its inhabitants. So in honor of World Oceans Day, we asked one of this year’s amazing interns, Caitlin Karniski, to do us the honor of reminding us about one of the original environmental movements and the importance of individual actions in making a difference. We are sure that Caitlin is going to go on and make a huge difference in the marine mammal field…..

A little more than midway into my internship at WDCS, I was fortunate enough to attend a celebration of the 50th anniversary of the publication of Rachel Carson’s Silent Spring. Widely credited as the singular publication to help launch the environmental movement in 1962, Silent Spring exposes the detrimental effects on the environment of pesticides, particularly highlighting the deaths of birds due to the insecticide DDT. What most people may not know about Silent 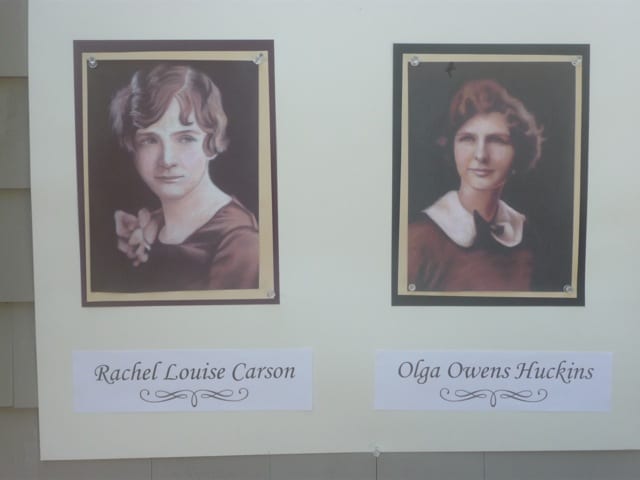 Spring however, is that it was sparked by a letter to Rachel Carson by her friend Olga Owens Huckins that chronicled the deaths of birds around her home in Duxbury, Massachusetts. As the anniversary celebrations were being held on the preserved property of Ms. Huckins’ home, I was especially excited to tour the grounds and imagine the view that sparked such an important book, and to see what had changed. I read Silent Spring in college, around the time I was changing majors from English to Biology, and was inspired by Carson’s perfect balance of sound science and impassioned urging in her writing. It’s something I continued to strive towards in my career in marine biology. 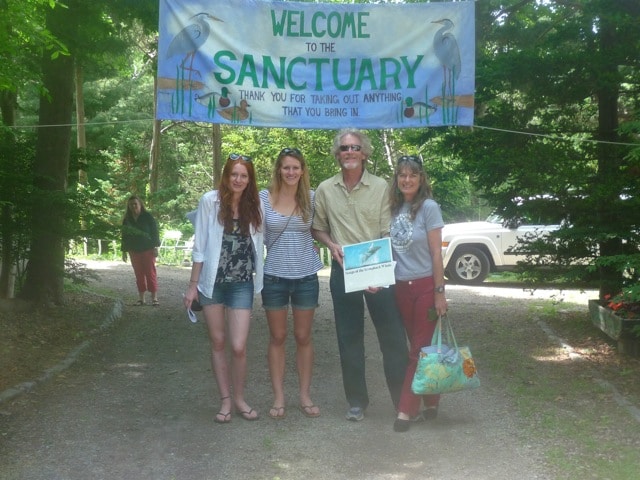 My tour of the property grounds was joined by fellow WDCS intern Jess Simpson and Scott Leonard and Michelle Perkins of the Nantucket Marine Mammal Conservation Program, our wonderful hosts when we attended the Nantucket Biodiversity Initiative (NBI) the week before. My imagination was running wild as I walked through the lush landscape and pictured how the startling disappearance of birds (which I am happy to report, appear to now be doing well) caught the attention of Rachel Carson. Our bird walk was lead by the renowned naturalist and field guide author Peter Alden, who we also had the pleasure of spending time with during the NBI. 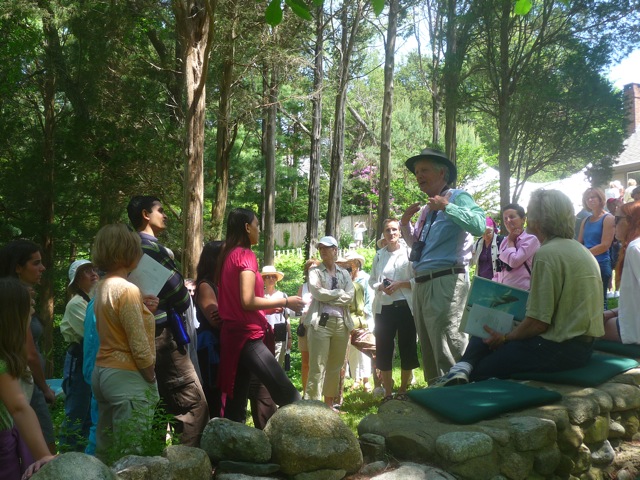 Another draw of the event was a panel discussion of Silent Spring that included Dr. Roger Payne, the famous biologist credited along with research partner Scott McVay in discovering the song of the humpback whale. I had watched the documentary A Life Among Whales featuring Dr. Payne just a few weeks before learning I would be attending the event, and had mentally added him to my growing list of scientists who inspire me. It was very meaningful to listen to the various environmental leaders and authors describe what Silent Spring means to them and how this influential book affected each of their lives on both a professional and personal level. 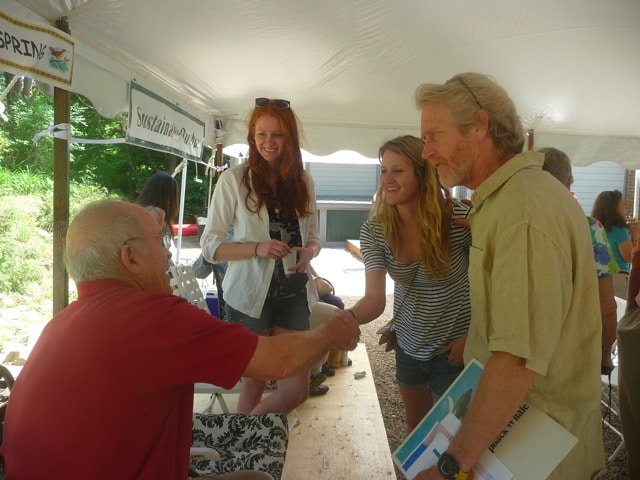 I was delighted to meet Dr. Payne following the event, and hear his advice for a budding scientist such as myself. I truly appreciated his thoughtful words and clearly passionate concern for the marine environment. I was also extremely impressed with the participation of the attendees, each of whom stressed the importance of accomplishing local sustainability measures and practical ways to achieve them. This event truly encompassed what it means to “think globally, and act locally.” This maxim is at the forefront of my mind on World Oceans Day, as I am reminded of our connection and dependence upon our oceans—which I believe play a bigger part in our lives than most of us may realize.