We are a few months into a new field season which is always a busy time and the reason why our blog updates have been suffering. But we are kicking off this season’s intern blogs with Jess Simpson, who has brought so much joy and life to our office – hopefully she will do the same for you through her blog…..

I was half expecting a leprechaun to jump out of this humpback’s blowhole. 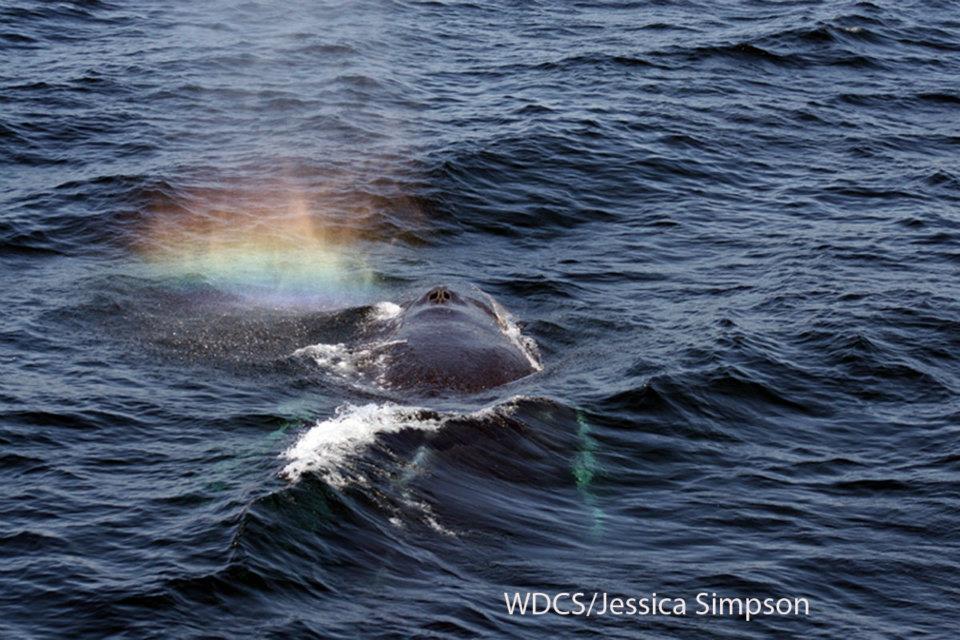 Upon starting my internship with WDCS, I had never seen a whale before, so the fact that my first whale was blowing rainbows – well that was almost beyond belief. This picture was taken on a Captain John Boats leaving from Plymouth harbor, or ‘habba’ as some New Englanders pronounce it……. and my jaw still drops every time I see them; they’re kind of big.

This trip to the US is also a first for me and I know definitely – it won’t be my last. Soon after arriving in Boston from London, I got on the P&B bus to arrive sleepy, but excited to WDCS’s North American office about an hour 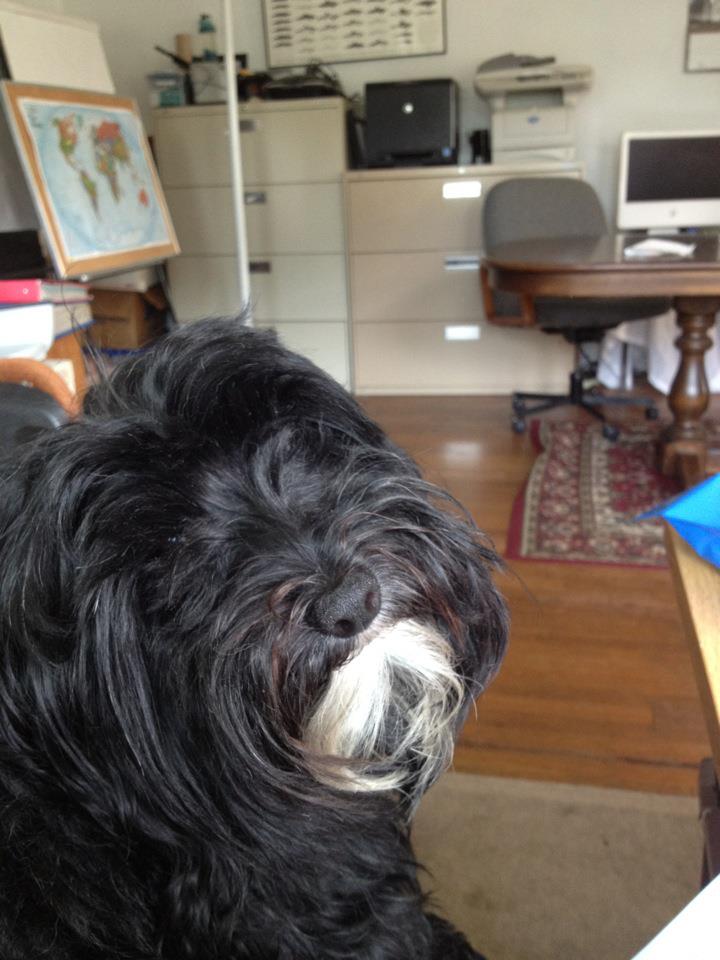 later. I was welcomed by a wicked group of people and a black, scruffy cloud with two eyes and a heavy crush on Monica, the project supervisor. I’m sure that the love Menace (resident dog) has for Monica isn’t unrequited, I know their friends on ‘Facebook’.

My first week was full of office training, laughing and joining a gym that gives away free tootsies rolls. I just have to take a minute here – free tootsie rolls at a gym! Apparently it’s a judgement free zone, which is what they say when they give away free bagels and pizzas too. So after settling in, I quickly found myself on the Captain John boats training with past interns on how to take photos and data. Within a couple of trips, I had seen plenty of humpbacks, a few finback and minke whales, Atlantic white sided dolphins and to my luck a Northern Atlantic right whale. Seeing all these animals was incredible, but the right whale was something special, according tothe National Marine Fisheries Service (NMFS)there are less than 500 left in the world.

My right whale sighting was on my second day of training on the boats.We were slowly heading back to Plymouth harbor when the naturalist on board rushed up to the wheel 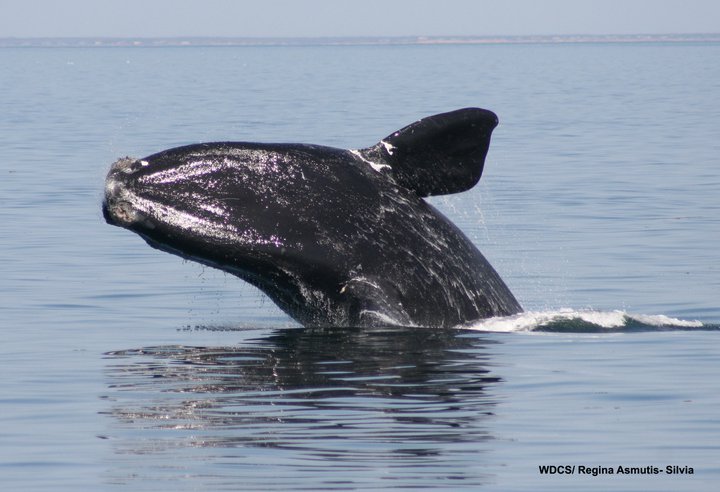 house and announced that the whale in the distance was a right whale. It’s important to note that this is not a photo from my trip, right whale are so endangered that unless you have a scientific permit you are not allowed to get closer then 500 yard. Bobbing like a giant floating rock and having no dorsal fin makes right whales tricky to spot, which is one reason the seasonal 10-knot rule for vessels 65 ft and greater is so crucial to their survival. It is thought that the slower speed reduces the risk of lethal vessel strikes upon these animals who’s distribution is so coastal they are so coastal they are referred to as “urban whales.”

This reduced risk is crucial for these critically endangered animals because over 72% of their known moralities results from human activities, like entanglement in fishing gear and vessel strikes. One of the wonderful things about studying in the United States is the environmental laws here – including the Endangered Species Act, which requires endangered animals be allocated critical habitat. WDCS petitioned the US government to expand right whale critical habitat throughout their US range and while the government has indicated that the petition is warranted, we are waiting for their formal proposal.

Another thing I have learned and observed these past few months while collecting data and taking photographs of finbacks and humpbacks, aside from their grandeur, is the amount of scars these animals have…..usually as a result of entanglements in fishing gear and vessel strikes. I am not oblivious to these sorts of issues, but I hadn’t realized the extent to which marine mammals were being entangled. The work carried out at WDCS is so important and I am having the best summer interning with them and being a part of an organization that is making a difference in the conservation of these animals.

Also not everyone can say they get to watch whale’s everyday…especially ones blowing rainbows.