The Pilgrim Nuclear Power Plant operates just a few miles from WDCS-NA’s headquarters in Plymouth, MA.   A couple of buildings down from our office, one of the power plant’s emergency alert speakers hangs from a telephone pole.  We largely ignore the periodic sirens followed by the “this is a test” recorded voiceover.  Our annual calendar, provided by the Plant and complete with emergency driving directions out of Plymouth in the case of an accident, hangs in the office bathroom.  The local hospitals and schools have stores of iodine pills, just in case………………  Every one of us working in the Plymouth office knows someone that works at the Plant, it’s a significant source of employment for a town that largely relies on tourism and our reality of living with nuclear power.  Pilgrim, as it is locally known, is a haunting shadow we have grown accustomed to and tend to not think about until something goes wrong, either here, or half way around the world.  And as the Plant is requesting to extend its license for another 20 years, we have much to consider from a human, and whale, standpoint. 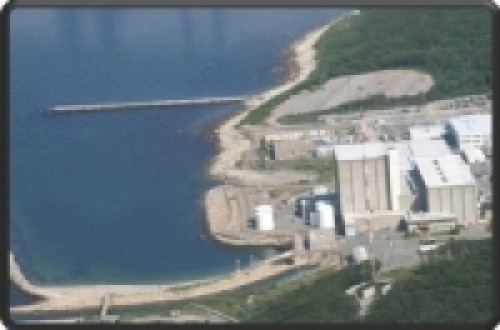 Pilgrim began operation in 1972 with a 20 year license, extended in 1992.  Opponents worry the Plant is too old and brittle to continue to function and that it’s not if, but when, that a catastrophic accident will happen.  They point out the reactor is the same type and design as the Fukushima Nuclear Power Plant, which had a massive radiation leak and was disabled during the 2011 earthquake and tsunami in Japan.  But are the major catastrophic accidents the only concern we should have?  Are the day to day plant operations enough to raise our concern environmentally?    Pilgrim was built on Cape Cod Bay, providing a convenient and endless source of cooling water necessary for operation.  Cape Cod Bay 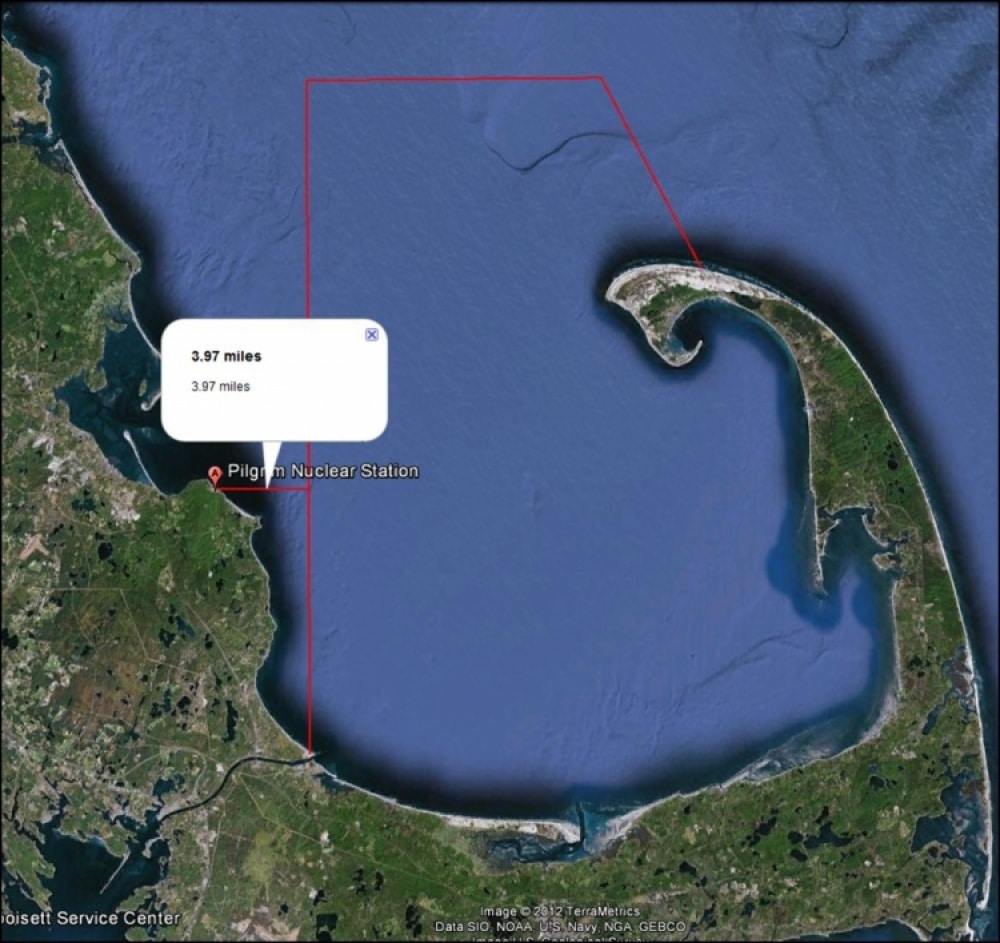 is also home to protected seals, dolphins, porpoises and endangered large whales, including the critically endangered North Atlantic right whale, of which fewer than 500 remain.  In fact, the Bay is so important to right whales that most of it was designated as Critical Habitat under the Endangered Species Act in 1994.  The only reason the entire Bay was not designated at the time was a lack of data, which we now have.  As a result, our 2010 Petition to the US government to increase Critical Habitat for right whales asks for the entire Bay to be designated.  But it’s not just right whales that might be affected. All of the animals living in Cape Cod Bay may be impacted by the thermal discharges, as well as by the discharges of biocides, chlorine and radioactive elements as water does not stop at the imaginary boundaries we place on maps.    The current that runs through Cape Cod Bay begins

in the waters north and moves counter clockwise through the Bay.  Each day, the Plant discharges more than 510 million gallons of heated, and treated, water into the Bay.  Yet, no research has been conducted to determine the entrainment (sucked into the cooling pipes) rates of Calanus copepods, the primary prey item for endangered right whales.  Calanus copepods have a preferred thermal environment from just below freezing to a maximum of 60F.  This species cannot survive the 27-32F degree increase in water temperature resulting from the Plant’s outflow, or the 120F water temperature during the bi-weekly thermal backwashes. Pilgrim, itself, acknowledges that the “Cumulative impacts on the aquatic food web potentially could include reductions in the abundance of important phytoplankton and zooplankton species in the vicinity due to their entrainment in the cooling systems or from exposure to the heated discharges. This could potentially lead to effects on other species in the food web.”  Yet they go on to say that there is no evidence that the operation of the Plant will have an impact.  Is that why the studies haven’t been done?  No data, no problem? Never mind that the Environmental Impact Statement produced by Pilgrim provided information on sandlance, primary food source in our area for endangered humpback and fin whales, from an educational website, not a research journal.  If most universities require citations from peer reviewed journals, not web sites, then shouldn’t a permit applicant for a nuclear power plant be held to a similar standard?   We have asked the National Marine Fisheries Service to conduct a Consultation with the Nuclear Regulatory Commission as required under Section 7 of the Endangered Species Act.  Whales face a staggering number of threats the outflow from Pilgrim is simply one of them. But it is the cumulative impacts of the combined threats that are impeding their recovery.  We are grateful to the organizations tracking the threat to human health that may result from the radioactive exposure resulting from leaks, but we hope the government will also look at the impacts the Plant has on Cape Cod Bay and its inhabitants simply from its operation.